Galderisi and his years in MLS: “My best decision ever. And Lalas, Valderrama…”

Cosmopolitan Soccer League of New York is one of the oldest soccer tournaments in the United States, often its teams in the past years have been protagonists of the U.S. Open Cup.

We interviewed Bill Marth, general secretary of CSL, to learn more about this splendid reality that has compared, and continues to put them, men and cultures from many parts of the world on the field. VERSIONE ITALIANA

In short, what is the history of the Cosmopolitan Soccer League?

What was the time of its maximum splendor?

From the late 1940s to the mid 1960s. At that time there was no “professional” league in the United States and high level amateur/semi-pro leagues, such as the Cosmopolitan Soccer League, which in the first division of the league would basically be professional and be considered the top tier of US Soccer. Unfortunately, there was no national championship but several CSL teams won the US Open Cup, the US equivalent of the FA Cup.

What is the current level of the championship and its following?

In the United States the top three tiers are considered professional but there is no promotion and relegation. After that, there are high level amateur leagues/semi-pro leagues. The CSL had been one of those leagues and based in the New York City area. This past year the CSL along with some other leagues established the Eastern Premier Soccer League (EPSL), a high level amateur/semi-pro league based in the Northeast of the United States. The EPSL would be considered the fourth tier. The top nine teams of the CSL went into the Metropolitan Conference of the EPSL. Therefore, the CSL is now a tier below. The idea behind the EPSL is to have one league under one umbrella. The EPSL has both professional and amateur players. The CSL is now purely amateur. 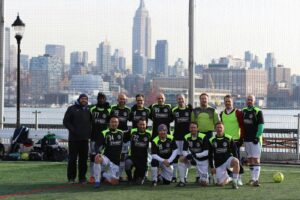 How important was the cultural and ethnic factor for CSL? Is it committed to knowledge and cohesion between the various ethnic groups that inhabit New York?

At one time, almost all the clubs in the CSL were ethnic in nature. Over the last 20 to 30 years there are also the clubs that are very American, and made up predominantly of players born and raised in the United States. There are still many ethnic clubs and for those clubs ethnicity is a major issue and they have events outside of soccer based on their ethnic backgrounds.

How much is soccer practiced and followed in NYC and in its entire area?

Soccer has grown at a professional level in the area tremendously over the last several years. The two local teams – NYC FC and Red Bulls – have attendance which is similar to many clubs in Europe and South America. However, at the semi pro and amateur level, the clubs don’t have as much following. Some of the ethnic clubs do still have a following within their ethnic community. Otherwise, it is mostly just a handful of close family and friends who go to the matches.

Soccer is increasingly expanding in the US. What are the new challenges of CSL?

The CSL wants to remain relevant by being part of the tier pyramid system we are helping to establish. There are four divisions in the CSL and then above that is the EPSL. It is hoped that the EPSL will eventually have an agreement with a professional league so that a team could start at a Tier 8 level and move up to a Tier 3 level. The challenge for the CSL is to remain relevant while being at a lower level of the US Soccer pyramid.

Are there any CSL players who have gone professional and played in MLS or other major leagues?

In the past there have definitely been players who had played in the CSL and went professional. Recently, there are still some, but most of those players move to a Division 2 level club or play at some lower leagues overseas. It is more common that a player who had played in the MLS and lives in the NYC area, will join a CSL or EPSL club. 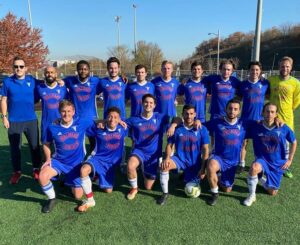 Who are the strongest teams and with the best players currently?

Over the last 20 years, traditionally the strongest clubs have been the NY Pancyprian Freedoms, NY Greek Americans, NY Athletic Club and Lansdowne Yonkers. These clubs would be considered semi-professional and had some former MLS or other professional players. These clubs are now in the EPSL which the CSL helped establish. Currently the CSL is a step below that and currently the strongest clubs would be NY Shamrock, Manhattan Celtic and Hoboken FC 1912.

Tell us a little about the over championship, how much is followed?

The championship is followed by the local supporters and our championship match probably has had between 500 and 1,000 spectators. Many of the clubs that are now in the EPSL stream their games on platforms such as mycujoo and some get viewership over 1,000 to 4,000.

New York City is one of the largest cities in the world and perhaps the most famous. Could it become like Buenos Aires, Rio or London, which have numerous soccer clubs in the major leagues?

There are two Division 1 professional clubs – NYC FC and Red Bulls – and a few Division 3 clubs such as NY Cosmos and New Amsterdam FC. There are 60 clubs in the CSL and 9 NY-based EPSL clubs. So, there are a lot of clubs. The challenge is to get the lower-level clubs to have more of a fan following.

Are there currently any promising young athletes that you would recommend to major leagues, including European ones?

I’m sure there are some young athletes, but I would feel uncomfortable singling them out as the general secretary of the league.

LA MLS IN TV - WEEK 4 Anche per questo weekend so

One of the best academy in North America… nothin